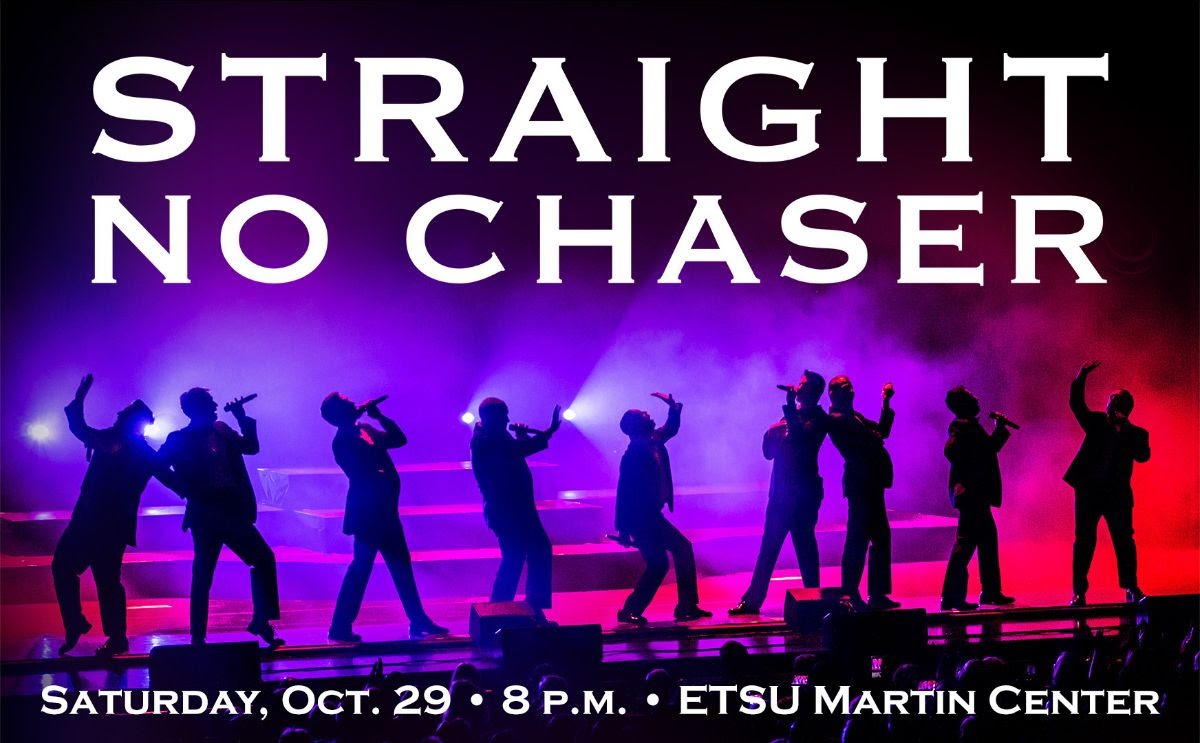 Straight No Chaser, the chart-topping all male a cappella group, has seen more than two decades worth of success including two RIAA-Gold Certified records, more than 1.5 million concert tickets sold worldwide and over 1 billion streams on Pandora.

Formed during the 1996 school year at Indiana University, a cappella group Straight No Chaser, which began, according to group member Steve Morgan as a “way to meet girls,” eventually emerged at the forefront of the modern-day a cappella movement.

“When we started Straight No Chaser as college kids at Indiana University, we never imagined that 25 years later, we’d have two albums certified gold and tour dates around the world,” said group member Walter Chase.  “What a ride it has been.  It has literally been a dream come true.”

On Saturday, Oct. 29, Straight No Chaser celebrates its 25th Anniversary at the ETSU Martin Center for the Arts’ ETSU Foundation Grand Hall beginning at 8:00 p.m. Local tickets go on sale Friday, May 6, at 10 a.m