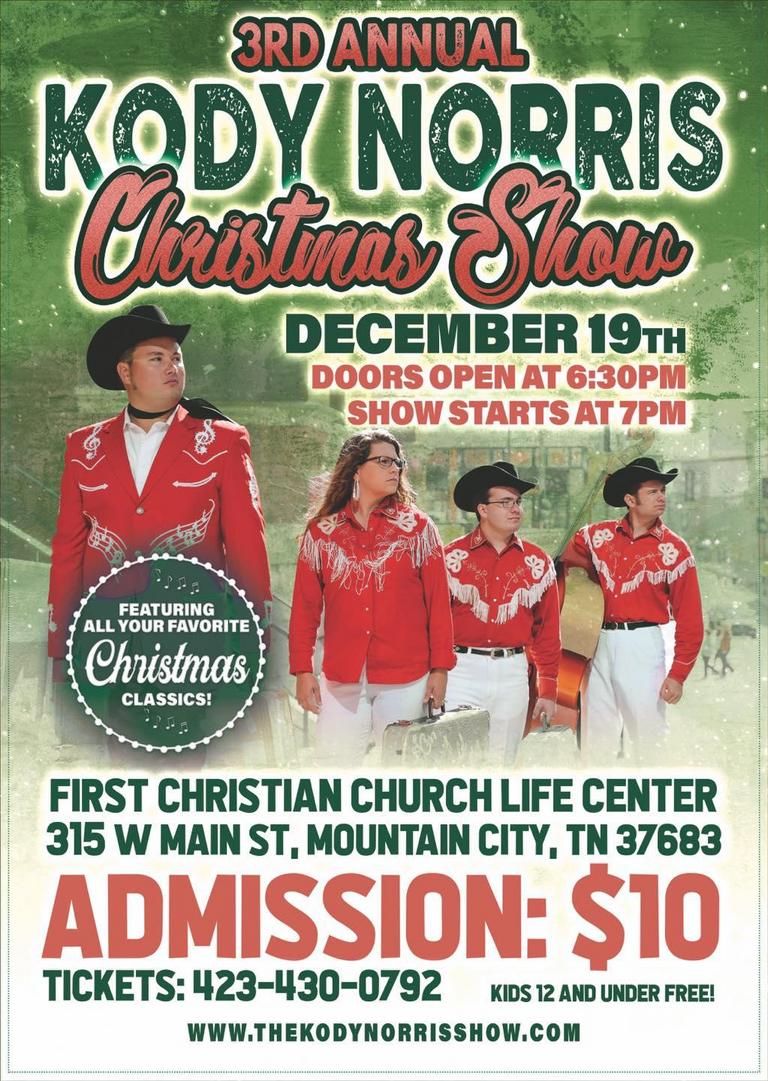 Tickets: 423-430-0792
Doors: 6:30 PM
Show: 7 PM
Kids 12 and under free!
2022 SPBGMA ENTERTAINER OF THE YEAR
2022 SPBGMA FIDDLE PERFORMER OF THE YEAR
2022 BLUE BLAZE RECIPIENT
Growing up in the mountains of East Tennessee and sharing a birthday with the great Earl Scruggs, maybe it was written in the stars for Kody Norris, who founded his band The Kody Norris Show more than a decade ago.
As weekly hosts of the famous Farm and Fun Time Noon Show, broadcast from the Birthplace of Country Music Museum and Radio Bristol, The Kody Norris Show is the only artist to hit over 5 million views collectively. They’ve been part of two weekly programs on the acclaimed RFD-TV’s network, The Cumberland Highlanders Show and The Bluegrass Trail.
The Kody Norris Show’s release, “All Suited Up” debuted at #7 on the Billboard Music Charts.