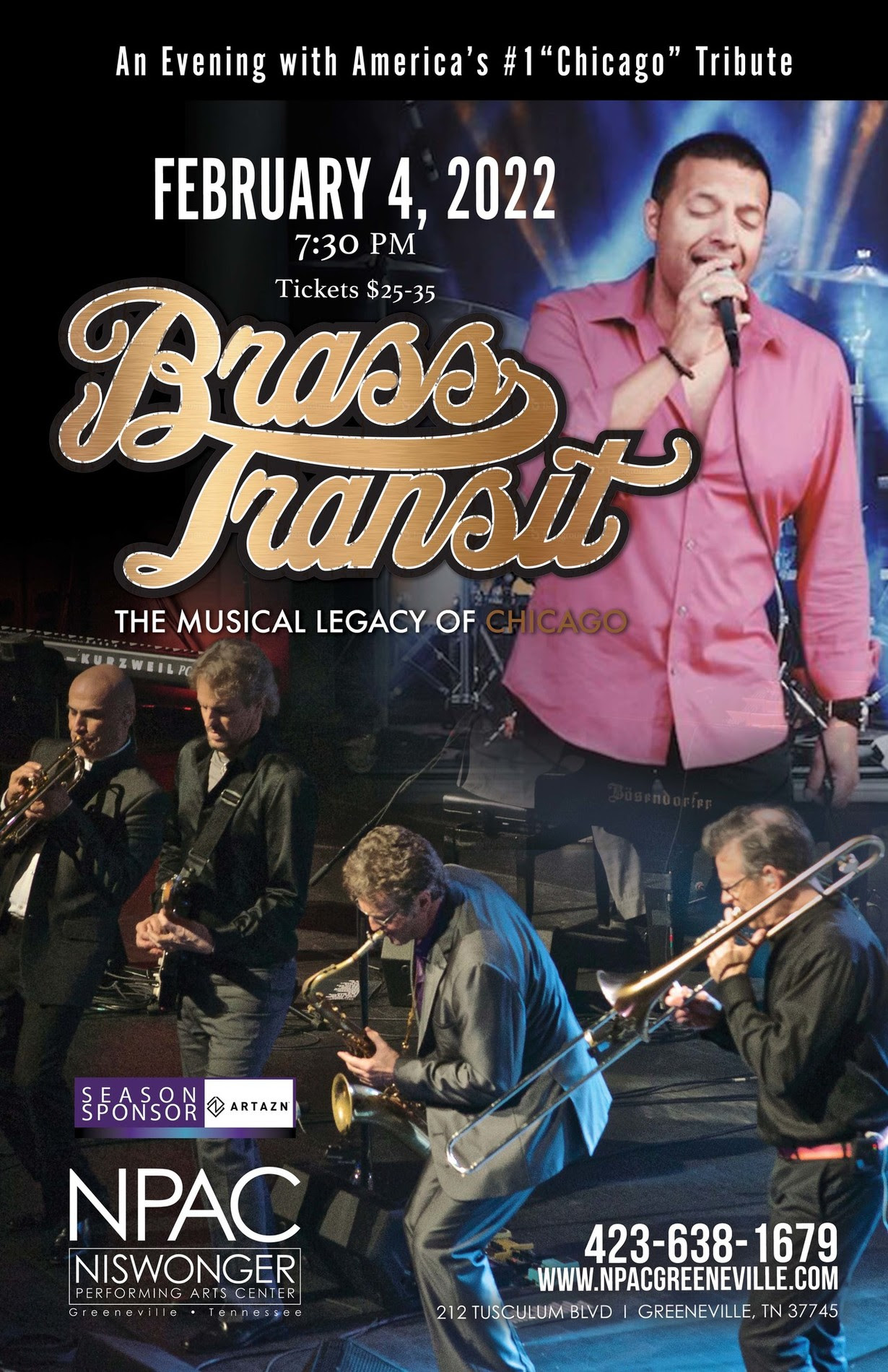 Brass Transit is a dynamic, crowd-pleasing, studio-tight powerhouse, and the world’s foremost Chicago tribute. Since 2008, Brass Transit has toured North America steadily, dazzling audiences with flawless performances and spectacular attention to detail. Hits like “Saturday In The Park,” “25 or 6 to 4,” “If You Leave Me Now,” “Feelin’ Stronger Every Day,” and “You’re The Inspiration” have left crowds in awe. Brass Transit goes far beyond just replicating the songs; they embody the music. With world-class horns, a rocking rhythm section and vocals stacked sky high, Brass Transit transports the audience back to the freewheeling days of the seventies.

The members’ credits include Platinum records, Emmy and Juno Awards, and performances with Hall-of-Fame rock and soul acts including The Drifters, Sam & Dave, Aretha Franklin, Ben E. King, The Marvelettes, Frankie Valli, Mary Wilson, Martha Reeves, Little Anthony & The Imperials, Del Shannon and the Mamas & The Papas. With its international audience now numbering in the tens of thousands, Brass Transit has established itself as the world’s foremost Chicago experience!

Don’t miss the music of Chicago with Brass Transit at Niswonger Performing Arts Center, Friday, February 4 at 7:30 PM. Tickets start at $25 and are available online at www.npacgreeneville.com, in person at the NPAC box office, or by phone at 423-638-1679.

Camp year-round at @bmsupdates ? Count us in! cam

67.3 miles through some of the best sights and ter

You don't have to travel around the nation to hear

The South Holston Dam area of Bristol has four new

Playing in the dirt at @bmsupdates isn't over yet!